The historical criticality analysis examines critical blocks and/or logical-functional configurations within the reliability model. These are identified through three types of studies: consequence, criticality and risk.

The criticality analysis compares the impact of a node and/or subsystem on a selected configuration with the particular inoperability of each node. The impact can be categorized as either topological (depending on its location within the model) or statistical (conditional probability that interruption of the configuration is caused by a particular node).

The risk analysis creates a dispersion graph of the impact of a node and/or subsystem on a selected logical-functional configuration, contrasting it with the failure rate of each node. The failure rate can be calculated either historically or probabilistically. 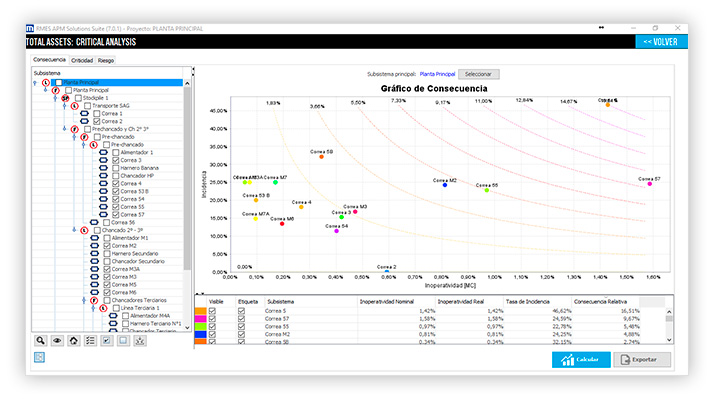 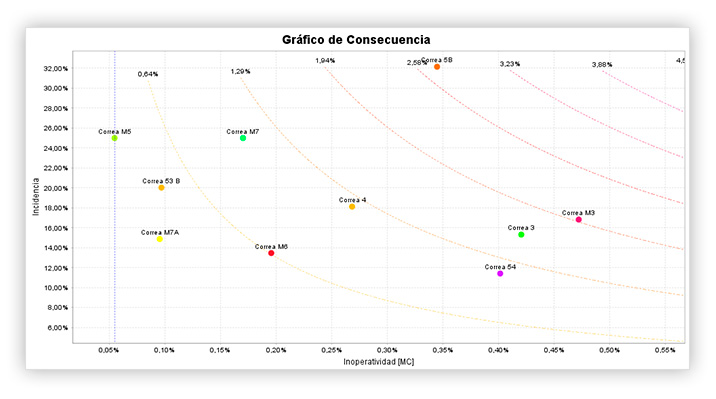